Social Justice Warriors – or in other terms – extreme left wing imbeciles love to move the goal post whenever it suits them. SJW’s often claim that they are warriors against racism and promoters of equality and a diverse society but what we have seen the last couple of days is one SJW in particular moving the goal post to suit his needs. 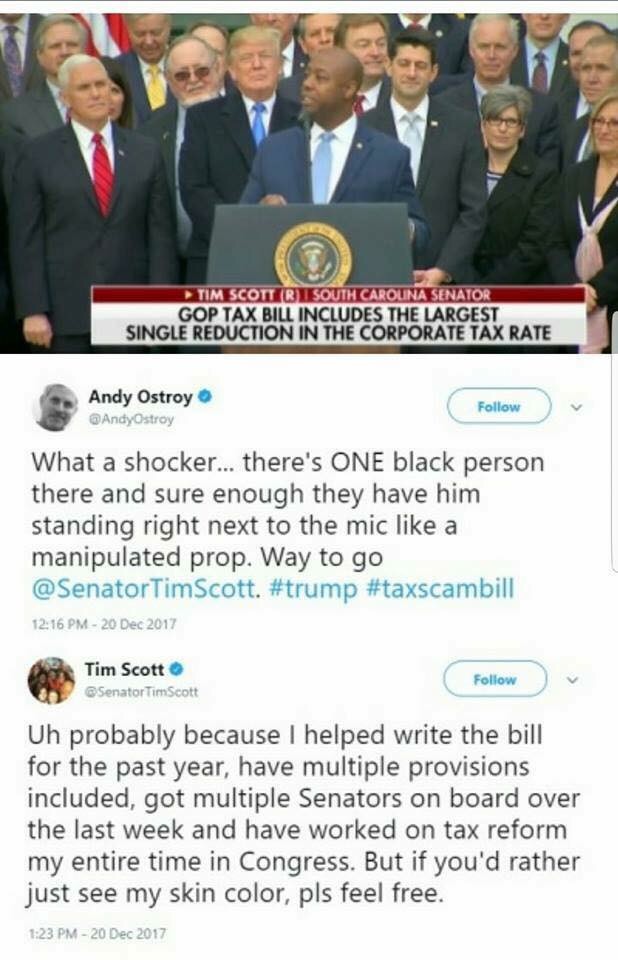 To suggest that Senator Tim Scott was merely a ‘black prop’ goes to show how far the alt-left will go to attack the Trump Administration, they will use racist vitriol to try and get their message across. Typically, after he was owned by Senator Tim Scott, in usual SJW style, he deleted the tweet and apologised on Twitter saying;

I responded to this by suggesting that he should resign from Huffington Post given his racist vitriol and as expected, he blocked me on Twitter. This is what the SJW does, if you call them out on their own principles they either ignore you or block you.

The question now should be, what will Huffington Post do about this racist? I believe they should distance themselves from Andy Ostroy, whether they do that is up to you. My suggestion would be to email Huffington Post and ask for his scalp. Time to fight fire with fire.